After closely monitoring the progress and expansion of the London Stationery Show - the brain child of the immensely passionate Chris Leonard-Morgan;  We decided that our 2015 stationery offering was both diverse enough, and more importantly good enough to commission the Art Files first ‘Stationery Only’ stand at a trade show!

Set underneath the glorious domed roof of the Islington Design Centre- a venue The Art File is familiar with due to being regular exhibitors at the PG Live show (a Greeting Card themed show put on by the Progressive Greetings organisation), the show was tastefully set up with bright, fresh colours, ideas- and a tasty mix of both commercial stationery companies such as Staedler, Mapix, and Lamy; and more contemporary companies such as ourselves, Paperblanks, and Portico. Nice features of the show that stood out for us was the central ‘Hub’, offering free tea and coffee and other hot drinks, a nice seating area surrounding and two large flat screens which had the ‘Tweetboard’ of the London Stationery show, and its Hashtag #LSS15- a brilliant idea which encouraged everyone to engage with each other online and offline during the show. Social Media is a vastly under rated tool in this industry , with only a number of organisations taking advantage of its full potential, the Stationery Show is by far the best we’ve seen this year so far.

We originally branched out to this show in order to engage with new stationery orientated retailers who necessarily may not come to our usual trade shows we exhibit at every year- as well as promoting the ethos that The Art File is not only renowned for its award winning Greeting Cards, but also has a healthy, and inspiring offering of Gift and Social stationery to offer to retailers.

Chris and the Stationery Show need to continue the excellent work of spreading the positive stationery vibes throughout the UK, and continue to carry the Union Jack on an international scale- making sure that the world knows that Britain’s still the place to come for stationery. 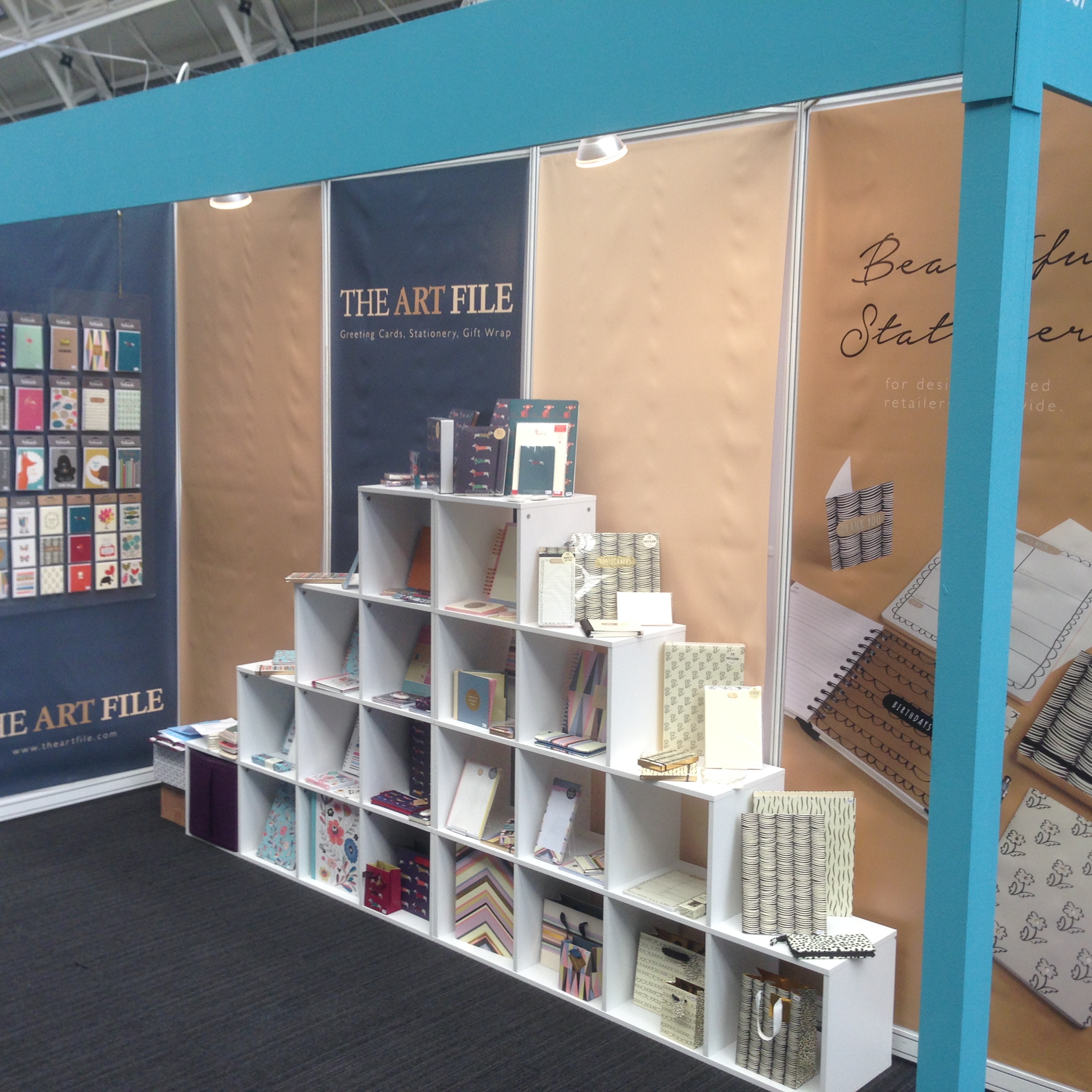 The Art File are proud sponsors of